Deborah Hope Wayne is a divorce attorney in Westchester County serving Pelham, New York. Pelham is the oldest known town in Westchester County. In 1654, Thomas Pell purchased the region currently known as Pelham. Pell named Pelham in honor of his tutor, Pelham Burton. The Town of Pelham was incorporated on March 7, 1788, and about 100 years later, two Villages were incorporated within Pelham: the Village of Pelham Manor in 1891, and the Village of Pelham, in 1896. Pelham is about 30 minutes from New York City and is directly north of the Bronx. The towns of New Rochelle, Eastchester and Mount Vernon border Pelham. The total area of Pelham is about 2.2 square miles and Pelham has a population of 12,000.

Deborah Hope Wayne devotes her legal practice to collaborative law and mediation . Collaborative Practice is a non-adversarial dispute resolution process. Ms. Wayne works to help clients resolve disputes by utilizing techniques that promote settlement rather than raise hostilities. Ms. Wayne resolves all types of conflict in family and matrimonial cases. She has been practicing in the area of divorce law for twenty years and is experienced in all aspects of divorce and separation including pre-nuptial and post-nuptial agreements; separation agreements; family budgets (child and spousal support); and the equitable distribution of property. She dedicates her practice to resolving conflict using out-of-court settlement processes. Ms. Wayne works with traditional and non-traditional families. 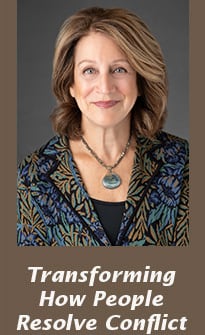